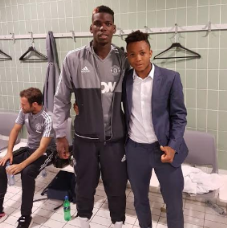 Norwegian Eliteserien club Valerenga beat Bodo/Glimt 3-2 in a pre-season friendly on Friday with Nigerian winger Chidera Ejike among the scorers.
In a 4-2-3-1 formation, Ejike started as the central attacking midfielder for Valerenga and equalised in the 21st minute after the opponents took the lead on 11 minutes.
Flying Eagles striker Victor Okoh Boniface was named in Bodo/Glimt's starting line-up but did not add to the two goals he scored in a trial game against Aalesund eight days ago.
Valerenga will face Tromsø, Strømsgodset and Lillestrøm in pre-season friendlies before their opening game of the new season against Mjøndalen on March 30.
Elsewhere, former Wikki Tourists winger Usman Sale opened the scoring for Viking FK as they were held to a 1-1 draw by Odds Ballklubb at the Skagerak Arena.
His 17th minute goal was cancelled out with 16 minutes left on the clock.
Ifeanyi Emmanuel