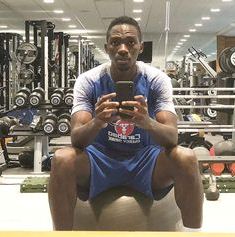 Kenneth Omeruo has refused to criticize Chelsea over their transfer policy after arguing that the club are providing their players with an opportunity to gain experience at first-team level.
The Super Eagles central defender, Ola Aina, Fikayo Tomori and Tammy Abraham are among the 42 Chelsea players currently spending the season away from Stamford Bridge.
Omeruo has yet to debut for Chelsea first-team since his celebrated move from Sunshine Stars in January 2012, and has enjoyed loan spells at ADO Den Haag, Middlesbrough, Kasimpasa, Alanyaspor and CD Leganes.
Speaking to our colleagues at Tribalfootball.com, Omeruo stated : ''It is good for the players to go on multiple loans because if you play in the Under 21s in Chelsea, you really don't get a lot of experience doing that.

"But going out on loan, you meet people, you play in different leagues, improve yourself and you know different culture.

"It is very good for players to go on loans and I am a good example. I don't wait around for them to tell me to go on loan, I just look for a club who wants me and I go.

"But I think too much of it becomes tiring."
Omeruo could end his seven-year association with Chelsea in the summer transfer window as Leganes have an option to make his loan deal permanent at the end of the season.
Igho Kingsley