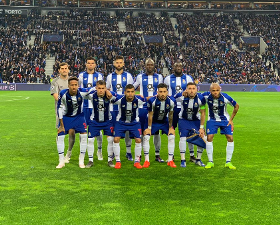 SuperSport analyst, Joseph Yobo has laid blames on Portuguese side, Porto following their inability to make the most of the opportunities that came their way after their second leg loss to Liverpool at the Estadio do Dragao on Wednesday evening.

Porto attackers Jesus Corona and Yacine Brahimi all had decent chances to score but Malian striker, Moussa Marega was particularly the culprit, scuffing his clear efforts repeatedly and thus compounding his horror showing after having passed up a couple of changes in Anfield last week.

However, Liverpool proved efficient at the other end as goals from Sadio Mane, Mohamed Salah, Roberto Firmino and Virgil Van Dijk gave the Premier League side a 4-1 win and a resounding 6-1 aggregate triumph and Yobo felt their effectiveness in the final third over both legs was what made the difference in the tie.

"If you have chances to score and you don't take them, it might just prove costly," Yobo stated in his post-match analysis.

"They (Porto) didn't take theirs tonight. In the first leg of this tie, it was the same story and they had themselves to blame there.

"Their finishes were not very clinical and it came back to haunt them."

Liverpool will meet Barcelona in the semifinals following the win, with the first leg coming up at Camp Nou on Tuesday 30th of April.