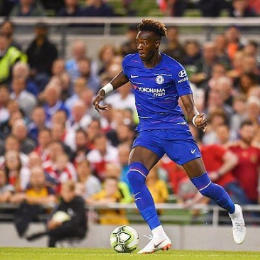 Newcastle United have become the latest Premier League club vying for the signature of talented Chelsea youngster, Tammy Abraham.
As per reports from Chronicle Live, former Chelsea and Liverpool manager, Rafa Benitez is interested in bringing the striker to the club.
The 59-year-old who is the only manager in history to have won all of the UEFA Europa League, UEFA Super Cup, UEFA Champions League and the FIFA Club World Cup is keen to bolster the club's attack with the acquisition of the talented Championship 25-goal hero when the transfer window re-opens.

Abraham is expected to return to Chelsea any time from now after his impressive loan spell at Aston Villa and could be one of the shining lights at Stamford Bridge next term.

Back in 2017, Benitez had targeted Abraham just before he joined Swansea and he will want to test Chelsea's resolve on him yet again even though the Blues will have a transfer ban to contend with.

Abraham has made three competitive appearances for Chelsea since his first team debut for the club.