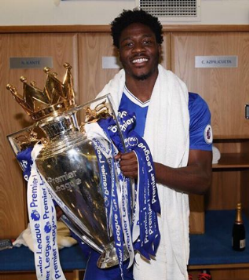 Through a statement on their official website. 2019 Europa League winners Chelsea have confirmed that Ola Aina is set to complete a permanent transfer to Italian Serie A outfit Torino.
The former England youth international is departing Chelsea 12 years after he joined the club as an U11.
Torino exercised their purchase option to buy Aina for ten million euros following a successful loan spell with the club last season.
Aina made his professional debut for the Blues in a League Cup clash against Bristol Rovers on August 23, 2016 and ended the season with six appearances in all competitions, including three in the Premier League.
Before he was promoted to the first team, he won two FA Youth Cups and two UEFA Youth League titles with Chelsea U18 and U19 teams respectively.
The versatile fullback enjoyed a successful loan spell with Hull City in the 2017-2018 campaign, playing 46 games and scoring once.
Ifeanyi Emmanuel