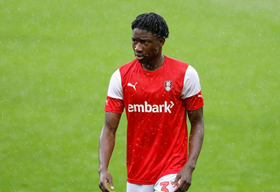 While confirming the player's move, the Vanarama National League North outfit revealed that the 19-year-old striker will be with them until the 11th of January 2020.

Kayode, who spent a portion of last season at Chesterfield, will hope to develop his game during his stay with his new club.

Despite the loan switch, Kayode can still feature for Rotherham in reserve team and EFL Trophy matches as that was part of the agreement between both clubs.

Though he is eligible to feature for the Super Eagles of Nigeria, he needs to move to a more competitive League if he must attract Gernot Rohr's attention in the nearest future.