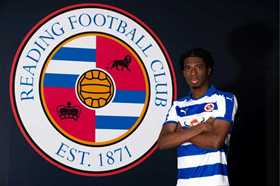 Liverpool youngster Ovie Ejaria has completed his loan move to  Championship side Reading FC, according to the club's official website.


The former Golden Eaglets invitee spent the second half of last season with the Madejski outfit and was one of the best players in José Gomes' team despite recording just 16 starts.
It was revealed that the player will be with the Royals for the whole of 2019-20 season and he could sign a permanent deal with the club should he live up to expectations in the coming campaign.

Reading Chief Executive Nigel Howe was happy with the young man's decision to return back to the Championship side.

He said: "As we all know, Ovie is a quiet but confident young midfielder who fits our formula very well. He enjoyed his loan spell with us last season, felt part of the Reading family and I am delighted he has agreed to return as a Royal again. I'm sure our fans will welcome him back with very open arms."