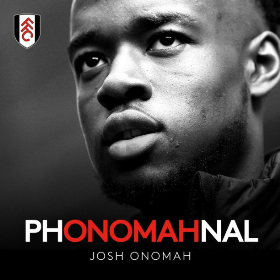 Josh Onomah  caught the attention of many fans and football pundits after showcasing lovely skills during his first-team debut for Tottenham against Burnley in an FA Cup fixture four years ago.
Having watched the youngster's skills, potentials and confidence with the ball, the Lilywhites faithfuls predicted a great future for the England U21 international.
Unfortunately, Onomah couldn't maintain his pacy development at White Hart Lane, no thanks to intense competition and lack of trust from Pochettino.
He was eventually loaned out to Aston Villa and Sheffield Wednesday during 2017-18 and 2018-19 seasons respectively.
However, one of Thursday's numerous transfer deals saw the Nigeria-eligible midfielder departs the North London club on a permanent deal after signing a three-year contract with championship side Fulham.

Though the move could be seen as a setback to the player's dream of becoming a world-class midfielder, it could be a blessing in disguise for the young man.

Young players, like Onomah, require a steady ground (home) to progress which has been missing in Onomah's career for some years.

Having finally settled his long-term future, the highly-rated midfielder will concentrate on developing his overall performance at Craven Cottage without distraction from suitors.

In addition, the versatile midfielder will equally get more game-time this season compared to the 32 first-team matches he played for Tottenham during his lengthy spell with the North London club.

Fulham manager Scott Parker will find the player's high levels of energy, stamina and determination too hard to ignore while making his list of regular starters.

Should Onomah maintain his focus and fine form all through this season, his move to the country's second-tier league will definitely serve as template for his development.