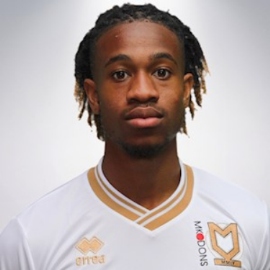 Milton Keynes Dons FC are through to the next round of the League Cup after beating AFC Wimbledon on penalties at the Cherry Red Records Stadium on Tuesday evening.
Teenage Nigerian midfielder David Kasumu scored his first senior goal for MK Dons in what was his seventh appearance for the first team since making his professional debut in 2016.
Four minutes into the second half, the 19-year-old curled the ball into the top corner from outside the box to give MK Dons a 2-1 lead.
A last-gasp equaliser from Luke O'Neill sent the game to penalties, where Paul Tisdale's men prevailed but Kasumu who went the distance was not one of the penalty takers.
Apart from the League Cup, Kasumu has debuted for MK Dons in the League One and EFL Trophy, logging 546 minutes in total.
He has been on the books of the Milton Keynes-based club since the age of thirteen.
Ifeanyi Emmanuel
Photo Credit : mkdons.com