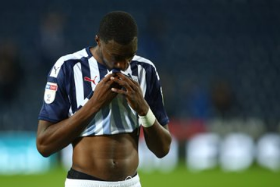 The EFL Cup began across the England on Tuesday (August 13th) and some Nigerians featured for their respective clubs.
Allnigeriasoccer.com brings you a wrap-up of Nigeria players who were in action and some who didn't feature for their clubs.
We start with the entertaining encounter between Reading and Wycombe which involved two Nigeria-eligible players, Ovie Ejaria and Fred Onyedinma.

The Liverpool loanee was in Reading's starting XI but couldn't find the back of the net and he was subbed off in the second half. Onyedinma was a second-half substitute.

The game ended 4-2 on penalty in favor of Reading after 1-1 draw in regulation time. Onyedinma couldn't convert his spot kick.

Meanwhile, Semi Ajayi couldn't help West Brom avoid a shocking 2-1 defeat to Millwall despite playing in front of their crowd. The Baggies' summer signing played every minute of the game.

Finally, former Arsenal youngster Chuks Aneke failed to help his side progress to the next round of the competition as Charlton Athletic lost 5-3 to Forest Green Rovers on penalties.

Aneke started for the home team but was replaced by Quitirna in the 62nd minute.