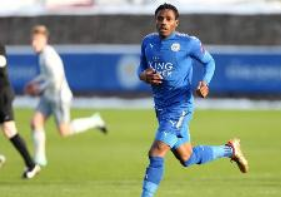 Nigeria-eligible attacker Joseph Eppiah has made a successful return to action after spending fifteen months on the sidelines due to injury.
Eppiah had not figured for Leicester City at all levels since April 23, 2018 before he was handed a run-out for the last fourteen minutes of the Foxes U23s 2-0 win at Wolverhampton Wanderers in a Premier League 2 match on Friday evening.
Speaking to Leicester City TV, Eppiah was delighted to get some game time after his injury problems.
He said : ''Yes so it's been a disappointing one for me, it's been a long time. I have been out for a year and three months. It's not easy when you're young, against age, and an ongoing injury.

''But what happened, I had a little stress fracture in my lower back and it was just ongoing, it wasn't healing.

''I just need to thank the physios and thank God that I'm back on the pitch, it's the best feeling.

''I can't explain it. It is the best thing ever!''
Eppiah has been invited to Belgium's U19 squad and is also eligible to represent the national teams of England and Nigeria.
Ifeanyi Emmanuel
Photo Credit : lcfc.com