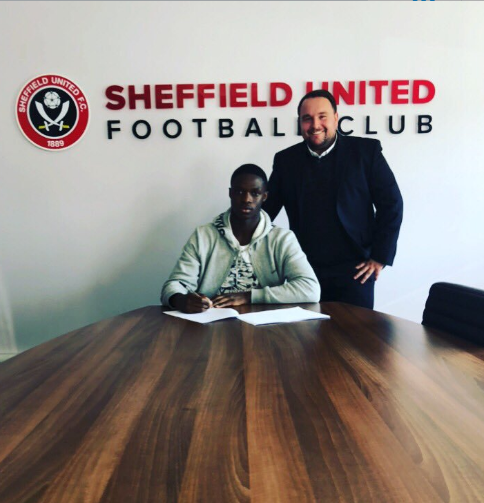 The teenager was able to join the Blades despite the close of the transfer window because he was a free agent.

Seriki suddenly found himself unemployed after Bury FC were expelled from the Football League due to financial difficulties.

He was the star of the Bury side that reached the quarterfinal of last season's FA Youth Cup, scoring against Preston North End in the fifth round.

The highly-rated youngster made the bench when the first team faced Mansfield Town in the EFL Trophy and Port Vale in the League Two last term.

Seriki was recruited by Sheffield United to bolster their youth team.