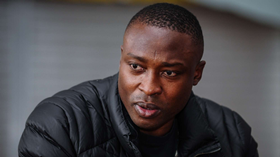 It is not often we see two brothers playing in the same team, so today is a big day for Matthew and Sean Longstaff who have both started for Newcastle United in the ongoing game against Manchester United.
Matthew and Sean Longstaff are the first pair of brothers to start a competitive match for Newcastle since ex-Flying Eagles striker Sammy Ameobi and former Nigeria international Shola Ameobi in 2014.
The Ameobis started together for the first time in Newcastle's 2-2 draw with Club Brugge in a Europa League match on November 8, 2012, matching the feat of Ted and George Robledo who played for the club at the start of the fifties.
Matty and Richard Appleby both made the starting XI for Newcastle United during the 1990s.
While the Ameobi siblings had a combined age of 51 years when they both started vs Club Brugge, the Longstaffs have a combined age of 41 years and 171 days, making them the youngest brothers to start a Premier League game since Gary and Phil Neville in 1995.
Shola and Sammy Ameobi started a Premier League game together against Sunderland on February 1, 2014.
The Etuhu brothers, Dickson and Kevin, are the first Nigerian siblings to face each other in the Premier League and that was back in the 2008-2009 season when Manchester City played host to Fulham.
Ifeanyi Emmanuel
Photo Credit : nufc.co.uk