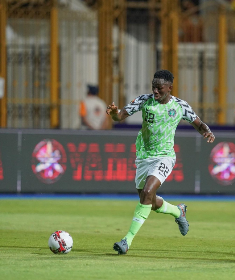 Nigeria international Kenneth Omeruo is in line to earn his seventh league appearance of the season for his Spanish La Liga outfit, Leganes this weekend.
The central defender was unavailable for Nigeria's international friendly against Brazil due to injury but has since made his return to action in Leganes's last game versus Getafe in the La Liga.

This morning, the former Chelsea defender was pictured in a training session with his teammates at the ID Butarque stadium in preparation for their domestic league game with Mallorca on Saturday.

Should he take part in games against Eibar, Real Madrid and Real Sociedad coming up later next month, Omeruo will thus, presumably not be lacking in fitness by the time he reports for international duty next month.