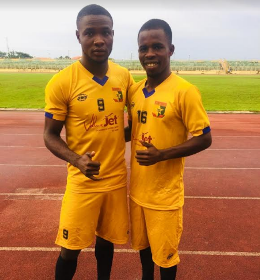 
After a deal was agreed for the duo, president of Right2Win Academy Engr Kelechi Nnorom Orji said : "When you deal with Remo Stars a club with a solid structure, it means you are doing something right.
''We have stressed it overtime that Right2Win Academy is a talent hub where we groom players who will take the world by storm anytime soon. I say congratulations to the boys, they have our blessings".
On the part of the club's representative Mr. Eddie Iseri Ogbemudia : "The boys have been diligent over the years so we have to ensure they go through the right path.
''We are confident they will grow and make names for themselves in the colours of Remo Stars".
Igho Kingsley