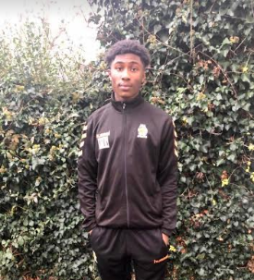 Allnigeriasoccer.com can exclusively report that EFL League Two club Cambridge United are poised to announce the capture of promising Nigerian central defender Franklin Nzeh.
A Cambridge United scout spotted Nzeh while he was playing a local game in London and subsequently invited him to attend trials.
The teenager caught the eyes of the youth team coaches during his trial period, scoring two goals in the test games from his defensive position.
He has been described as a no-nonsense center back with good potential for the future.
Nzeh, who qualifies to represent the Nigerian National Teams through his parents, has trained with the Austria youth team in the past as he used to live in the European country.
Although he has agreed a scholarship with United, the deal will come into effect on July 1, 2020.
Cambridge United U18 team, who compete in the Youth Alliance, travel to Stevenage in their next fixture in the division on Saturday, January 11.
Ifeanyi Emmanuel