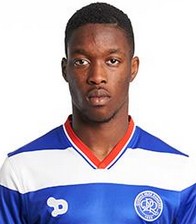 Queens Park Rangers manager Mark Warburton has suggested that he might allow Nigeria-eligible winger Olamide Shodipo depart the club on loan for the remainder of the 2019-2020 season.
The former Republic of Ireland U21 international has seen his first team opportunities limited this campaign due to injury, making only two appearances to date, including yesterday's 5-1 win vs Swansea City in the Emirates FA Cup.
Shodipo was on target as QPR U23s and Crystal Palace played out an entertaining 3-3 draw in a Professional Development League match on Monday as he aims to build up his match fitness ahead of a possible loan move.
In quotes carried by West London Sport, Warburton said : "He’s another player that needs to go and play.

"Go and terrorise a (lower) level, come back with rave reviews as Ilias did from Stevenage, have 10 clubs phone in the summer wanting to take you on loan.

"It’s a challenge for these boys to go out. The best players go out and they learn from it.

"David Beckham went to Preston. They have to go through that. Once they’ve done it it really toughens them up and prepares them for Championship football."
Shodipo, who has played 20 times for QPR's first team since his debut, previously spent time on loan at Port Vale and Colchester United in recent seasons.
Igho Kingsley
Photo Credit : qpr.co.uk