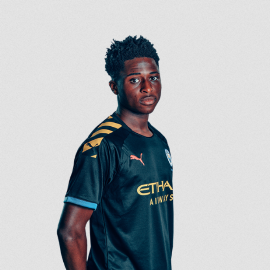 Allnigeriasoccer.com understands that Manchester City's Timi Sobowale has continued his search for a new employer and it can be revealed that Championship outfit Stoke City are the latest club mulling over a move for the young defender.
The Potters youth team coaches ran the rule over the Republic of Ireland U19 international of Nigerian descent during Saturday's U18 Premier League match against Liverpool.
Sobowale was in action for 53 minutes before making way for Jai Verma, with the scoreboard reading 1-1.
The 17-year-old tried his luck with Blackburn Rovers in October 2019 and has also attracted interest from Crystal Palace.
The fact that Manchester City have permitted Sobowale to train with other clubs suggests that he won't be offered a new contract at the end of the 2019-2020 season.
He signed a two-year scholarship with Manchester City in July 2018, snubbing the overtures of Tottenham Hotspur, whom he had trained with before agreeing terms with the Premier League champs.
Stoke City have already reached an agreement to sign Nigeria U17 invitee Iffy Udanoh and he will become part of their scholarship intake in the summer of 2020.
Ifeanyi Emmanuel
Photo Credit : mancity.com