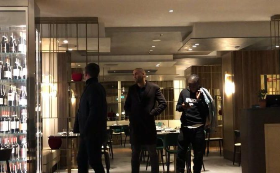 Italian Serie A giants Inter Milan are on the verge of announcing the signing of former Nigeria international Victor Moses.
According to transfer market guru Gianluca Di Marzio, the Chelsea wing-back is scheduled to undergo a medical with The Nerazzurri on Tuesday after arriving in Milan on Monday evening.
Inter Milan and Chelsea agreed terms on the transfer of Moses before he traveled to Italy, and he is set to become the second Premier League star to join Inter in the January transfer window after Manchester United's Ashley Young.
The Nigerian was key as Chelsea won the Premier League title in the 2016-2017 season and current Inter Milan boss Antonio Conte was the first coach to start utilizing him as a wing-back, before Super Eagles manager Gernot Rohr deployed him in the same position during the 2018 World Cup in matches against Iceland and Argentina.
Inter Milan will be the fifth club Moses has been loaned out to since his arrival at Stamford Bridge in the summer of 2012, after previous stints at Liverpool, Stoke City, West Ham and Fenerbahce.
Nigeria internationals Obafemi Martins, Obiora Nwankwo and Joel Obi have represented Inter Milan in the past.
Ifeanyi Emmanuel
Photo Credit : gianlucadimarzio.com