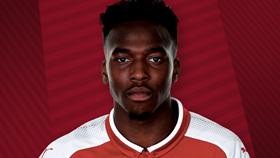 Tolaji Bola's chances of earning his first team bow for Arsenal continues to grow following his latest involvement with the senior team, allnigeriasoccer.com reports.
Mikel Arteta ran the rule over the Nigerian left-back in their training session at the London Colney yesterday, as the Gunners gear up to face Bournemouth in the fourth round of the FA Cup on Monday.

That said, Bola has been drafted into the club's match day squads as the nineteenth man on at least two occasions this season; in a Premier League date away to the Cherries in December as well as when they faced Sheffield United last weekend.

With Bukayo Saka having deputized for Arsenal at left-back in the midst of the injury crisis that have ravaged the club this season, it is envisaged the winger could get some break anytime soon, and Bola could be the next in line to benefit from any managerial decision as regards that.


Originally a central defender, he was converted to a left-back when he joined Arsenal.
Emmanuel Chinaza
Photo Credit : arsenal.com