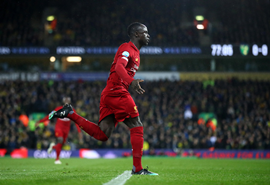 Manchester City started as the strong favourites for the title this season, following winning each of the last two seasons.
However, from the outset it has been all about Liverpool, who are in the process of setting numerous records.
This follows on from their second placed finish last season, when they missed out on the title by just one point.
However, they did go on and land the Champions league title, which has spurred them onto success this season.
Liverpool have picked up 76 points from a possible 78, which means they are very much in the process of breaking the points record in the Premier league.
This currently being held by Manchester City, who secured 100 points in the 2017/18 campaign.
Liverpool then need to pick up 25 points from their final 13 fixtures this season, which on current form they will be expected to do.
This is also something that has proved popular amongst UK top betting sites, with Liverpool now heavily odds on to land the title.
Following 26 matches played, Liverpool are still unbeaten winning 25 and drawing just once.
This means they already have a gap of 25 points from defending champions Manchester City, who have been in stuttering form this season.
This gives a clear indication of just how dominant Liverpool have been this season to date, as they are set to land their first Premier league title and first top flight success since 1990.
Liverpool’s only dropped points in the Premier league came back in October, in a 1-1 draw away at Manchester United.
This was a close game throughout, with the draw being the fair result. United had taken a first half lead and looked to be heading for the three points, before Lallana netted a late equaliser.
Another key performance for Liverpool was their impressive 3-1 home victory over Manchester City back in November.
This was a very dominant performance from the off, as Fabinho and Salah put Liverpool 2-0 up going into half time.
Mane then made in three early into the second half at Anfield, with getting a late consultation for the visitors.
This performance instantly put Liverpool as the team to beat this season and the favourites for the title.
Since then it has been win after win for Liverpool, but they do still have a number of difficult fixtures before the end of the Premier league season.
The first to note is there derby against Everton in March. This is another game they will be strong favourites to take the maximum points from.
Liverpool then travel to take on Manchester City in the early period of April. If they are still unbeaten, then City will be looking to end this and it sets up for an exciting game at the City of Manchester City.
Igho Kingsley
Photo Credit : liverpoolfc.com