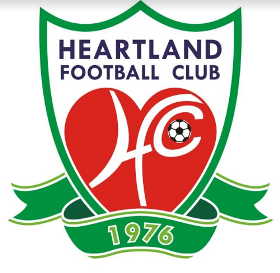 The League Management Company LMC has restricted Heartland Football Club from registering new players in the next two registration periods, meaning they wouldn't be able to make signings, allnigeriasoccer.com understands.

The Imo State sponsored  side were found culpable after failing to comply with their financial obligations with Okereke Mmaduabuchi Peter and goalkeeper Alfred Oluwasegun Fatunwase.

The players lodged a formal complaints to the League governing body on issues bordering on overdue payables and wrongful termination of contract totaling Nine Million, Two Hundred and Fifty Thousand due to Okereke Mmaduabuchi Peter and the sum of Six million, two hundred and fifty thousand naira in a letter dated 5th November, 2019.

After a thorough check and investigation by the LMC, it was established that Heartland breached the overdue payable rules as stipulated in Rule B9.45 of the Framework and rules guiding the Nigeria Professional Football League.

As well as breaching  Rule B9.45.1 which frowns at clubs failing to comply with financial obligations with players, Heartland also breached Rule B9.45.2, having delayed payments due to the player for more than thirty days.

LMC also confirmed that Heartland will not be able to sign or register new players for the next two registration periods except they pay up the total sum of Thirteen Million, Five Hundred Thousand Naira due to these players before the transfer period.

"I must commend the LMC Chairman who was surprised when I brought these issues to his attention, he said the meeting held with all NPFL clubs, emphasis was on the players welfare, special thanks to the LMC Compliant Unit too who took time to investigate and see to it that these boys get their due entitlements."


Also speaking one of the players Mr Okereke Mmaduabuchi Peter commended LMC and his intermediary.
He said he never thought this will be a reality as most NPFL clubs are in the habit of terminating players contract at will.
It will be recalled that Mr Eddie Ogbemudia also petitioned Sunshine Stars FC on behalf of his clients Stanley Dimgba Sopuruchi and Ojo Mine and the LMC banned Sunshine from registering players when they failed to meet  financial obligations to Dimgba and Ojo.
Sunshine subsequently traveled to Lobi Stars with only 11 players in 2018 and they were thrashed 6-0 by the Pride Of Benue.