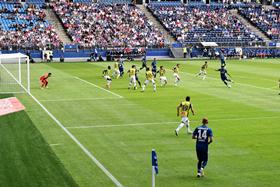 Whether you are playing online casino games at sites such as gclub, or prefer sports betting, football is a fascinating way to spend your Sunday.

No matter what you watch, there are so many great teams playing in the UK as well as great managers standing by their side.

Today, we list the up-and-coming managers in non-league football that you have probably never heard of.

Still, they are among the best out there, and if they keep up their success, they will undoubtedly become prominent.

John Coleman is a manager of the Accrington Football Club. He has been with the team for 5 and a half years and during this time, managed to accomplish a lot.

What is important to note is that John Coleman has returned to Accrington FC for the second time - previously, he led the team to a hat-trick of promotions in a highly successful tenure.

Some fans should know that he had a short spell as player-manager of Ashton United before he moved to Accrington in 1999 for what became the defining job of his career so far.

This is a relatively new name for AFC Wimbledon, a football club with an 18-year history in non-league football.

Glyn Hodges has been with the guys for a couple of months now, replacing Wally Downes in the dugout.

Installed into the Premier Division, the club has gradually risen through multiple tiers in English football and completed their dream of playing good football.

Their recent form, however, could improve and the odds for this to happen on the online casino games and sports betting websites are big.

The Bolton Wanderers is a remarkable club that has a vast history of playing in the highest league in UK football, the Premier League.

However, financial burdens are what made the club suffer and what relegated the Wanderers to lower leagues.

Keith Hill has been leading the Wanderers for six months now. His win percentage with his previous club (Rochdale) was 39.5% which is why the new owners of the Wanderers carefully chose him.

Born on 19 March 1966, Clough is another manager who shines this season.

He is currently in his second spell in charge of Burton Albion, a club where he began his managerial career back in 1998.

Twenty-two years later, we can see that Clough is good at the managerial spot.

For those who don’t know, this manager was a player back in the day, capping over 600 appearances. His current winning percentage at Burton Albion is 35.1%.

Last in our list of top managers in non-league football is Mark Robins. If you are into sports betting or online casino games, there is a big chance you have heard about this guy.

He was in charge of the Coventry ‘Sky Blues’ between 2012/13 with whom he recently led up to another tier.

Robins also brought silverware to the city for the first time after their famous FA Cup win of 1987, where 43,000 fans watched Coventry beat Oxford 2-1 at Wembley (in the 2012/13 season).

Now, his winning percentage is at 44.7% and Coventry City is certainly one of the best non-league teams to watch out for this season.

We hope that this review of the best non-league football managers help you navigate in the world of sports betting and online casino games!