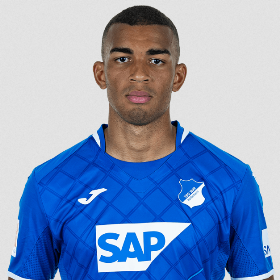 Former Germany U20 skipper Kevin Akpoguma is drawing interest from French Ligue 1 outfit Olympique Lyonnais, according to  L'Equipe.
Lyon are disappointed with the performance of Joachim Andersen since his big money move from Sampdoria last summer and are searching for his replacement ahead of the opening of the transfer window.
The five candidates being considered by Lyon sporting director, Juninho are Akpoguma, Robson Bambu (Athletico Paranaense), Merih Demiral (Juventus), Aïssa Mandi (Real Betis) and Marash Kumbulla (Hellas Verona).
It has been a mixed season for Akpoguma, with the Nigeria Football Federation target making eleven starts in the Bundesliga and substituted in in three games.
The 25-year-old signed a contract extension in January, keeping him at Hoffenheim until the end of the 2023-2024 season.
A move to Lyon would offer Akpoguma a chance to play in a league outside Germany for the first team in his career, having previously spent time with Karlsruher SC, Fortuna Düsseldorf and Hannover 96.
Igho Kingsley
Photo credit : achtzehn99.de