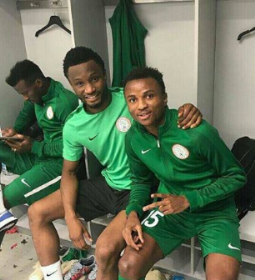 Local media reports claiming that former Manchester City starlet Chidiebere Nwakali has agreed a deal with Faroese Premier League champions KI Klaksvik are wide of the mark.
The 2013 U17 World Cup-winning midfielder is currently unemployed after severing his ties with Swedish side Kalmar FF in January 2020.
Chidiebere Nwakali wanted to weigh up his options and traveled to Faroe Islands last month but his fact-finding mission to the Island Nation did not yield any positive results, according to his brother and adviser Allwell Nwakali.
"It's not true Chidiebere has signed for KI Klaksvik. A Faroe Island club invited him few days ago and he came back. He just visited there and saw the place, but he's not signing any contract there," said Allwell Nwakali to allnigeriasoccer.com.

"Someone came with the offer, we had to allow him go there first, I knew that nothing good would come out. We didn't go to the extent of discussing the deal with the club.

"I know that Chidiebere is a good player and very soon, by God's grace, he'll get a very good club."
Chidiebere is currently in Spain with his younger brother, Kelechi Nwakali and he's targeting a move to a new club in the summer transfer window.
On his curriculum vitae, the 23-year-old lists Manchester City, Malaga, Girona, IK Start, Sogndal, Aberdeen and Rakow Czestochowa as his previous clubs.
Ifeanyi Emmanuel
Copyright ANS