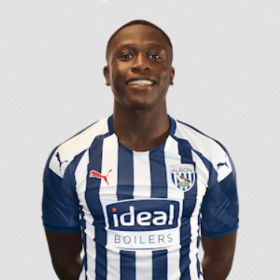 English Premier League hopefuls West Brom surprisingly announced their retained list on Tuesday despite having eight games to contest in the 2019-2020 Championship season.
The Baggies have made decisions on the futures of two Nigeria-eligible youngsters in the shape of Yusuff Ojebode and Tomiwa Solanke.
While Solanke has been offered a fresh contract, Ojebode won't be reporting for pre-season training with West Brom's youth team as he has been released on a free transfer.
Before the Academy season was curtailed, Solanke, who is a center back, appeared in eight games in the Premier League 2, whereas Ojebode, a winger, didn't feature in any match in the division but was a non-playing substitute against Swansea City in March.
Aged 19, Ojebode is on the radar of the Nigeria Football Federation and was called up to the Flying Eagles squad for the 2018 WAFU U20 Nations Cup but didn't attend the tournament in Lome because he was just returning from a long-term injury.
Though West Brom were silent on the future of Semi Ajayi, the Super Eagles center back has three years left to run on his contract, having inked a four-year deal last July.
After 38 games in the Championship, West Brom lead the way with 71 points, same as Leeds United who are second due to a lesser goal difference.
Igho Kingsley
Photo Credit : wba.co.uk
Copyright ANS