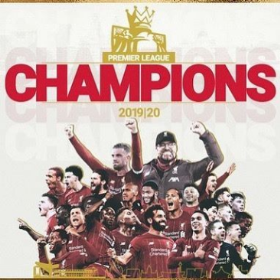 Liverpool have ended their 30-year wait for an English top-flight title after winning the Premier League on Thursday night following Chelsea's 2-1 victory against Manchester City at Stamford Bridge, allnigeriasoccer.com reports.
Jurgen Klopp's side needed just two points to be crowned champions after thrashing Crystal Palace 4-0 in their last outing but they won the title without breaking a sweat.
Two offensive-minded players of Nigerian descent, Sheyi Ojo and Rinsola Babajide, have taken to social media to celebrate the Anfield side winning the league.
Ojo, who has appeared in 13 first team games for Liverpool, spent the whole of the 2019-2020 season on loan at Scottish Premiership side Rangers, while Babajide ended the curtailed season as Liverpool FC Women top scorer with eight goals in all competitions.
Writing on Instagram, Ojo expressed his delight using emojis : "😍🏆".
And on Twitter, Babajide stated : "What a timeee to be aliveeee 🏆🏆🥳🥳🤩".
Including the old First Division, Liverpool have been crowned champions of England nineteen times, one less than Manchester United.
Igho Kingsley
Copyright ANS