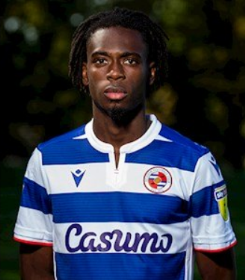 Liverpool-owned midfielder Ovie Ejaria has extended his loan contract with Championship side Reading FC, manager of the Royals, Mark Bowen confirmed at his post-match press conference on Tuesday evening.
Ejaria's original agreement ran out yesterday but he will remain at the club until the end of the Championship season because the league has been extended due to the coronavirus pandemic.
The former Golden Eaglets invitee went the full ninety as Reading suffered a 3-0 defeat at the hands of Brentford on Tuesday.
"As far as I am aware the five are signed up. Last two we were waiting on were Pele and Ejaria and they both signed up," Bowen was quoted as saying by Get Reading.
Ejaria has made a big impression since returning to Reading for a second spell in August 2019, making 35 appearances in the second-tier and has contributed to seven (3 goals, 4 assists) goals.
As agreed in his loan deal, Reading have an option to buy the 2017 England U20 World Cup-winning midfielder at the end of the season.
The former Arsenal schoolboy has recorded eight first-team appearances for Liverpool to date.
Ifeanyi Emmanuel
Photo Credit : readingfc.co.uk
Copyright ANS