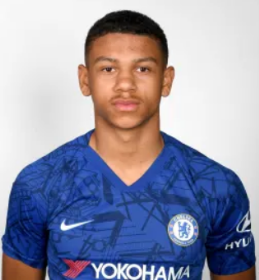 Two players of Nigerian descent have signed new contracts with Chelsea, the Blues reported via their official website on Thursday, July 2.
Norway U17 international Bryan Fiabema has put pen to paper on a new long-term deal, keeping him at Chelsea until 2023.
Signed from Tromso IL in February, the 17-year-old debuted for Chelsea in the U18 Premier League and Premier League 2 against Brighton and Everton in the curtailed academy season and was a non-playing substitute vs Millwall in the sixth round of the FA Youth Cup.
Fiabema remains eligible to represent Chelsea U18s and development squad in the upcoming season.
Meanwhile, Jordan Aina, younger brother of Super Eagles defender Ola, is among the academy stars moving onto pastures new following his release by the London club.
Having said that, Chelsea have informed that Jordan has signed a rolling one-month extension as he seeks to find a new club.
The 18-year-old Aina, who joined Chelsea as an U9, trained with Swansea City in February with a view to a transfer.
Tariq Uwakwe, Ike Ugbo and Faustino Anjorin have been retained by The Blues for the 2020-2021 season.
Ifeanyi Emmanuel
Photo Credit : chelseafc.com
Copyright ANS