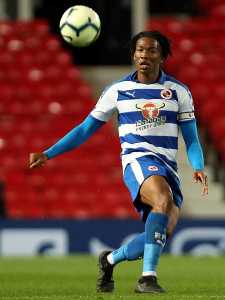 Through their official website, Championship club Reading have confirmed their released list following the conclusion of the 2019-2020 season.
It was earlier thought that Nigeria-eligible defender Gabriel Osho was set to depart Reading this month as he only signed a short-term deal until the end of the protracted campaign.
However, there is a new development as Reading have informed that Osho has been offered a new contract on the back of his impressive performances after the season restarted.
The 21-year-old was facing the exit door and was permitted to undergo trials with League One side Ipswich Town in October 2019.
Predominantly a center back, Osho was involved in five of the last six games played by Reading in the second-tier, and was deployed at right-back in four of those fixtures.
The versatile defender, who captained Reading U23s in the recently concluded campaign, has been on the books of the club since the age of eight.
He has been loaned out to Maidenhead United, Aldershot Town, Bristol Rovers and Yeovil Town to garner first team experience.
Igho Kingsley
Photo Credit : readingfc.co.uk
Copyright ANS