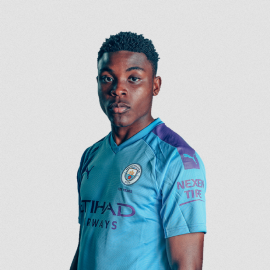 Allnigeriasoccer.com understands that Championship club Sheffield Wednesday are on the brink of confirming the signing of Nigeria U20 invitee Fisayo Dele-Bashiru.
The Manchester City Academy product has already put pen to paper on a three-year contract following a successful medical examination on Monday.
A central midfielder by trade, Fisayo Dele-Bashiru has been on the books of Manchester City since the age of eight, rising through the ranks before making his debut for the U18 team against Newcastle United in August 2017.
The 19-year-old trained with City's first team on multiple occasions but is leaving the Etihad Stadium outfit without making his professional debut.
Last season, Fisayo Dele-Bashiru appeared for the Citizens in the Premier League 2, UEFA Youth League and EFL Trophy, featuring in 24 games in total and scoring two goals.
He is represented by Nigerian agent Ladi Salami, who helped look after Odion Ighalo when he first moved to England, and he previously handled the affairs of Super Eagles stars Isaac Success and Juwon Oshaniwa.
Fisayo Dele-Bashiru joins one-time Nigeria target Dominic Iorfa, former Olympic Eagles invitee Osaze Urhoghide and Super Eagles hopeful Moses Odubajo at Sheffield Wednesday.
Ifeanyi Emmanuel
Copyright ANS