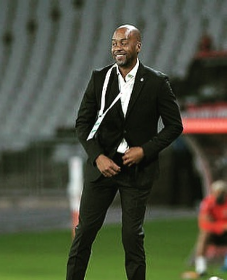 Former Chelsea technical director Michael Emenalo has congratulated Eddie Newton on winning the Turkish Cup final.
The London-born Nigerian football tactician claimed his first title as a head coach, guiding Trabzonpor to beat Aytemiz Alanyaspor 2-0 in the Cup final on Wednesday evening.
Emenalo and Newton worked together at Chelsea for five years before they moved on to pastures new, with the ex-Super Eagles star joining Monaco as sporting director in 2017, while the one-time Chelsea midfielder was appointed Trabzonspor assistant manager in February 2020.
Emenalo has labelled Newton a 'special talent' and has expressed his happiness at the job done by the Trabzonspor coach.
Writing on Instagram, Emenalo stated : "congratulations to @eddienewton24 who has just won the Turkish Cup as Head Coach for @trabzonspor .
"For those of us who know you and your work it’s just a confirmation of your hard work and special talent as a coach. Well done! #champion #winner #greathumanbeing".
One of the top talent spotters in the world, Emenalo is currently unemployed following his departure from Monaco in 2019.
Igho Kingsley
Copyright ANS