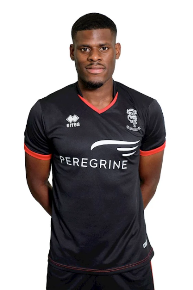 Through a statement on their official website, English Premier League side Tottenham Hotspur have announced that 2017 England U17 World Cup-winning defender of Nigerian descent, Timothy Eyoma has extended his contract with the club.
The new deal signed by Eyoma will see him remain at the Tottenham Hotspur Stadium until at least the end of the 2022-2023 season.
The London native made his professional debut for Spurs in a 7-0 rout of Tranmere Rovers in January 2019 and was an unused substitute for Premier League and League Cup matches in the 2018-19 campaign.
In a related development, League One club Lincoln City have officially announced that they have signed Eyoma on a season-long loan from Spurs.
The 20-year-old is returning to the Imps for a second spell, having spent a portion of the 2019-2020 season at the club.
"I’m delighted to return. I learnt a lot last season despite not playing, and I’m really grateful for the opportunity to come here again," Eyoma said to Lincoln City's official website.
Eyoma made 13 Premier League 2 starts for Tottenham Hotspur last term and also represented their youth teams in the EFL Trophy and UEFA Youth League.
Ifeanyi Emmanuel
Photo Credit : weareimps.com
Copyright ANS