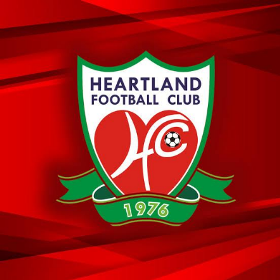 The woes of Heartland Football Club of Imo State will be further compounded when the 2020/2021 Nigeria Professional Football League gets underway as they are presently ineligible to sign or register new players.

The Imo State based top-flight outfit are currently engulfed with different crisis ranging from administrative issues to their inability to pay salaries of players and staff which has led to the speculated departure of head coach Fidelis Ilechukwu.

Due to Heartland's indebtedness to their former players Okereke Mmaduabuchi and Oluwasegun Alfred, the Naze Millionaires were banned from signing and registering new players starting from this transfer window.

According to the intermediary of the players in question Eddie Iseri Ogbemudia of Myron Topclass Sport Outfits, Heartland have not complied with the directives of the League Management Company to pay the players.

The licensed intermediary referred to a similar situation when Sunshine stars were banned by the LMC for not fulfilling their contractual obligations with his clients Dimgba Stanley and Ojo Mine, Sunshine stars had to play a game without a substitute player away at Plateau United and were comprehensively beaten 5-0.

He said : "I am sure Heartland will pay my clients, contracts must be honoured and I'm sure  Heartland will not want to go the way of Sunshine stars, The LMC ordered them to pay but they have not done anything on that".

Heartland were found to have failed to comply with their financial obligations towards the players therefore breaching rule B9.45.2 of the NPFL framework. consequently, rule B9.45.5 was established and the Naze Millionaires were banned from registering players in the next two windows.

LMC sources have also revealed that following the agreement between the League governing body and new broadcast partners Next TV, all clubs must fulfill the licensing requirements for them to be allowed in taking part in the league.

The Nigeria Football Federation has also let out that no club would be allowed to host matches until it's confirmed that they have complied with the necessary licensing criteria ahead of the new season.