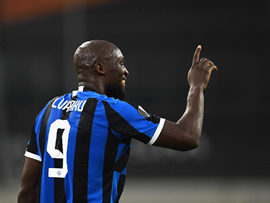 The Europa League may not be Europe’s premier club competition, but it doesn’t mean that there isn’t a lack of fantastic players within the tournament.
In fact, over the span of the last few months, this competition has seen some of the best performances from any player in world football, and now as the tournament comes to an end, with the final taking place this Sunday, 23rd August, it’s a good time to look back at some of the key performers throughout the duration of the tournament.
Some have been international icons many expected to dominate the competition, while others may be players who are experiencing a resurgence.
Either way, here are the top performing players in the Europa League.

There are a plethora of elite strikers in the Europa League, and it’s hard to pick a definitive best in this position. In recent games, Lukaku has been consistent, and was key in the dismantling of Shakhtar, but as was his strike partner Lautaro Martinez, who is growing into one of the most exciting young prospects in world football.


The best scoring striker in the competition so far has been Lukaku, and the Europa League betting odds suggest that he’s in the running to get a few more in the final.
He’s also been the most economical, scoring 6 goals in only 5 matches, suggesting that he is the deadliest of the strikers in this tournament.
Midfielders


For the best midfielder in this tournament look no further than Manchester United’s own Bruno Fernandes, who has reinvigorated life into a struggling United side, as he also aided them to an impressive third place finish in the Premier League.
He’s made a massive impact since arriving in January, using his elegance and fantastic control to elevate United’s game, however he wasn’t good enough to carry them to the final.
A fantastic midfielder who was able to get to the final is the surprising Jesus Navas, formally of Manchester City.
Not a lot was expected of the player this season, but he has provided some key assists to help with Sevilla’s progression this season and, paired with teammate Ever Banega, makes for an intimidating midfield presence.
Defenders

Inter Milan have a few great defenders in their team who have really helped them reach the summit of this competition, with the likes of veteran Diego Godin and his partner Stefan de Vrij being absolute rocks by their side.


However, as well as being defensively solid, these days defenders are also expected to contribute in attack, and one of the better players at doing that this season has been Sevilla’s Sergio Reguilon.
In fact, it was his performance against the red devils, Manchester United, that helped them to the final, as he provided 16 dangerous passes in the final third, and also bagged an assist for the crucial goal.
Goalkeepers


The first goalkeeper that comes to mind is FC Copenhagen’s Karl-Johan Johnsson due to his incredible performance against Manchester United.
In that game he made a ludicrous 13 saves to keep his team in the tie, up until he was eventually beaten by a last minute penalty, which was United’s 21st in all competitions, which just goes to illustrate how skilful and hard to deal with a lot of their players are.
Of course, one game isn’t going to make you the best keeper in a tournament, that accolade goes to Inter Milan’s Samir Handanovic, who has made the final thanks to an overall amazing performance by his team against Shakhtar in the semi-final, where he managed to keep a clean sheet.
However, the most clean sheets of the competition goes to Manchester United’s Sergio Romero with 7, which is a great achievement for him considering he’s the clubs second choice goalkeeper.
Ifeanyi Emmanuel
Photo Credit : inter.it