...the complete Nigerian football portal
Subscribe
The Premier League Season Ahead - What To Expect And How Is The Current State Of The League
Published: October 21, 2020 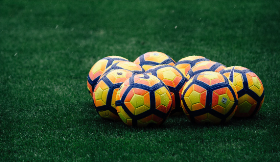 The biggest soccer league in the world - measured by the team value, money, tv rights etc. - is the Premier League.
The soccer league that everyone looks up to is coming up for the next season, which means that the soccer world is officially about to open up again.
The Premier League is for most people the highlight of the sports weekend and therefore, this article seeks to inform how the league has shapen up over the break and what you should look out for when the season begins.
Be sure to keep yourself updated on the biggest transfer rumours and make sure to this site for all the newest information about the South African Gambling News and how it affects the Premier League.

Transfer news so far - the biggest transfers
The current transfermarkt is a little bit different this year than all the others. The market usually stops around the start of September, but this time it is extended to the start of October.
This means more trades and transfers and therefore many more roster changes.
One of the teams that has done most work in the transfermarkt is Chelsea FC. The English London Club has made many great deals and has really changed the squad around.
It is mostly offensive deals The Blues have made. Ziyech from Ajax and Timo Werner from Salzburg have joined the club's offensive side and there is a lot of value to those players.
Ziyech became well known by everyone with Ajax two years ago, when they made it to the semi final of the Champions League.
Timo Werner has been proclaimed to be the next Lewandowski and is there a future prospect that is already delivering.
The club also bought the outstanding fullback Ben Chilwell from Leicester and the centre back Thiago Silva from PSG. The club has therefore made a lot of trades this season.
The most significant other deals this transfer window is made by the Manchester Clubs. Manchester United have sold their young prospect Tahith Chong to Werder Bremen but have instead acquired the young midfielder Donny Van de Beek.
A huge signing for The Red Devils that seeks to be a contender this next year. The Manchester City club have also made a great transfer signing by buying the Bournemouth center back, Nathan Aké.
The young prospect is set to play numerous first team games this following season and is one to watch.
Top 4 - how are they looking?


From the top, Liverpool is looking just as good this year as last year. The squad hasn't changed much and isn’t rumoured to do so. Klopp’s squad is a coherent one and the only rumours going around is them acquiring Thiago Silva from Bayern Munchen and selling Wijnaldum to FC Barcelona.
If that happens the Liverpool squad is only stronger and is almost a 1:1 trade.
The Manchester City squad looks quite strong as well. The team has said goodbye to a club legend this year, David Silva.
Silva returns to Spanish football after a good long run at Manchester City. It is a big loss but now is the time for the young prospect Phil Foden to step up.
Manchester United is still seeking to return to the top of the league. After Sir Alex Ferguson left the club it hasn’t been the same.
Ole Gunnar Solskjaer is doing a good job and the signing of Bruno Fernandes has revived the club. With a few more good transfers the club might see a new golden age.
Chelsea Football Club. Much can be said about The Blues but their transfer window has proven to be almost perfect.
Spending a lot of money is something Chelsea is used to but it seems as though that the club really did their homework.
All of the players bought this window are players that still haven’t shown their full potential. It upgrades the squads but also future stars. On paper, Chelsea is the club to watch.
Leeds United - the return of a legend
The Club Leeds United have been a big part of Premier Leagues history and it is a joy for many older fans of the league that the club has returned to the best league in England.
The club have produced some of the biggest talents the league has ever seen. Rio Ferdinand, Eric Cantona, Flo and many others were Leeds players before they were United players or Chelsea players.
The club is legendary and for some reason every big club in the Premier League hates them.
They have a rivalry with everyone, which makes the games more intense and the club more feared. The league has gotten a lot more exciting by the return of Leeds.
Ifeanyi Emmanuel