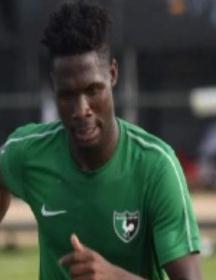 Allnigeriasoccer.com has been told that Dynamic Plus Soccer Football Club of Lagos will hold a scouting programme in Ibadan this month.
Turkish scouts Haci Karabas, Meric Karabas and Rauf Melih Alpaslan as well as Basil Kabbani, who holds a British passport, have all been issued with visas, paving the way for them to travel to Ibadan to run the rule over aspiring players.
Kabbani claims to hold close links with the powers at be at Premier League club Everton while Turkish talent spotters Alpaslan, Haci Karabas and Meric Karabas have been mandated by Genclerbirligi,  Antalyaspor and Ankara Demirspor respectively  to scout players during their stay in Nigeria and conduct transfer negotiations with the players' representatives.
The scouting starts tomorrow at the Liberty Stadium in Ibadan then the programme proper will begin on December 14 at Lead City University and ends two weeks later.
Some of the exceptional players discovered during the scouting programme will be offered contracts immediately and the others will travel to Europe for further evaluation next year.
Dynamic Plus Soccer Football Club is owned by renowned engineer, Akinjobi Joel Adewale.
More than 500 aspiring soccer players are expected to attend the scouting programme in Ibadan and did not pay for participation in the talent hunting process.
Ifeanyi Emmanuel
Copyright ANS