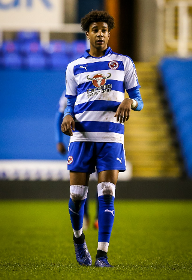 Seven-time European champions AC Milan are exploring ways to sign Reading winger of Nigerian descent Michael Olise.
According to Serie B News, the France youth international is on the radar of Geoffrey Moncada, the chief scout of AC Milan.
The Rossoneri are planning to buy Olise then loan him out to one of Monza, SPAL, Lecce or Chievo Verona to continue his development.
If there turns out to be a bidding war for the French-Nigerian wonderkid, it is believed that Milan won't be favourites for his signature, with the likes of Liverpool, Chelsea, Manchester City and Arsenal credited with an interest in the 19-year-old.
Wolverhampton Wanderers, Leeds United, Crystal Palace and Leicester City are the other Premier League clubs plotting a move for the Reading number 7.
He is having a banner season, scoring four goals and registering seven assists in 20 games in the Championship.
Olise is in the final eighteen months of his contract with Reading whom he joined after spells with Chelsea and Manchester City.
Ifeanyi Emmanuel
Photo Credit : readingfc.co.uk