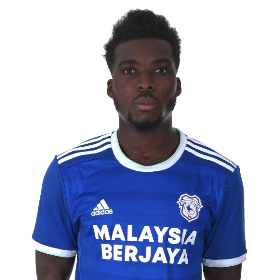 Allnigeriasoccer.com has been told that Liverpool have no intention of cutting short Sheyi Ojo's loan spell with Championship outfit Cardiff City.
In September, the 2017 U20 World Cup winner joined the Bluebirds on a temporary basis until the end of the 2020-2021 campaign.
Liverpool are impressed with Ojo's progress at Cardiff City and will allow him see out his loan deal, especially as he is getting enough playing time.
The 23-year-old has totaled 22 appearances in the second tier for the Welsh club, contributing five assists and three goals while logging 1, 647 minutes.
It is understood that Ojo will weigh up his options over the summer upon his return to Liverpool.
He has yet to represent the Reds in a competitive fixture since playing the last fourteen minutes of a 1-0 win against Plymouth in the Emirates FA Cup on January 18, 2017.
Ojo previously took in loan spells at Wigan Athletic, Wolverhampton Wanderers, Fulham, Reims and Glasgow Rangers.
Ifeanyi Emmanuel
Photo Credit : cardiffcityfc.co.uk
Copyright ANS