...the complete Nigerian football portal
Subscribe
Injustice On NPFL Players, A Bane On The Growth Of The Game - Licensed Intermediary
Published: January 18, 2021 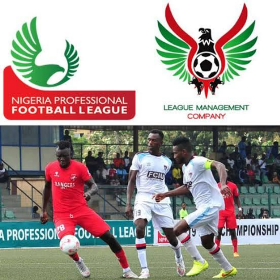 The representative of Victor Alegbe professional footballer contracted to Abia Warriors FC in the NPFL, a former Wikki Tourists and Damak FC of Saudi Arabia footballer, Mr. Eddie Iseri Ogbemudia has appealed to club administrators in the Nigeria Professional Football League to refrain from treating NPFL players unjustly, adding that it is pertinent to work inline with the rules and regulations of the league.

The licensed intermediary however expressed grievance that some club administrators are involved in activities that drags the league in the mud.


"I must commend the Shehu Dikko led LMC for all the innovative ideas and programs to make the NPFL compete for top recognition like other leagues in the world.
"It's unfortunate that despite the great job the LMC is doing to see that the NPFL attracts sponsors and followers through the introduction of several digital platforms like the NPFL TV, some club Administrators are bent on rubbing the league in the mud."
"This same administrators that have attended several capacity building programs in Europe and other parts of the world most time sponsored by the LMC/NFF and other partners, it's obvious they just go on some of those trips as jamboree and don't intend to implement whatever they see and learn in those European clubs."


"Like in the case of my client Victor Alegbe, he recently joined Abia Warriors FC and signed two years contract to expire in December 2022. Followers of the league are aware the results have not been favourable for the team recently, but it will shock you to know that the management of the club unilaterally decided to terminate a professional footballer's contract without recourse to the consequences.
"This same player has made all four match day squad, but since he joined he has not been paid his salary as enshrined in this contract.
"It's unfortunate things like this keep happening in the league and these club administrators believe that is the norm because they keep getting away with it.

"We wrote to LMC immediately we got the letter of unilateral termination of Victor's contract by Abia Warriors and personally I've informed the LMC top officials about the injustice".


"Recently the media space was awash with the news of similar treatment meted to one Ezekiel Tamara of Kano Pillars, there are so many NPFL players I have had opportunity to speak with, who have submitted various claims of unlawful termination against several NPFL clubs, these are being investigated by the LMC for some time now and soon they will release decisions. I want to use this medium to also appeal to LMC to please enforce these decisions, to tackle these injustice and ensure the investigation process and the resources will be worthwhile just like the cases of Sunshine Stars FC and Heartland.
" Gradually these clubs will be acting in line with the frameworks and rules of the NPFL professionally to avoid sanctions from LMC" he concluded.

Recall that Heartland Football Club and Sunshine Stars were dealt with by the LMC in the past for failing to fulfill their own part of contracts with some players.