...the complete Nigerian football portal
Subscribe
Euro 2020 squads : Saka and four other players who could have represented Nigeria
Published: June 03, 2021 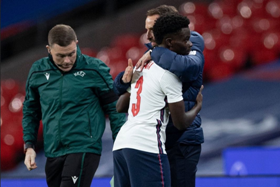 The 2020 UEFA European Football Championship (Euro 2020)  takes place from June 11 to July 11, seven months before the African Cup of Nations in Cameroon.
Five players who have been named to their countries respective rosters could have featured in next year's Africa Cup of Nations if they had pledged their international futures to Nigeria.
In this piece, allnigeriasoccer.com highlights the five players who have opted to represent the countries where they were born rather than the Super Eagles :
Bukayo Saka (Arsenal/England) : London-born Saka is cap-tied to his country of birth. He was eligible to wear the Super Eagles colours through his father.
He was approached by the Nigeria Football Federation before playing a cap-tying game for England.
A surprise inclusion in the Three Lions squad given his inexperience at international level. He scored his first international goal in the recent win against Austria. He will be wearing the number 25 during the Euros.
Jamal Musiala (Bayern Munich/Germany) : Born in Stuttgart to a German mother and Nigerian father. Musiala has completed a one-time switch, enabling him to represent Germany, having previously played competitively for the Young Lions at U21 level.
Like fellow teenager Saka, this is his first big competition for his country of birth. His squad number at the Euros is 14.
David Alaba (Bayern Munich/Austria) :  The versatile defender will join Real Madrid when his contract with Bayern Munich expires in the coming days. Born in the Austrian capital Vienna to a Filipino mother and Nigerian father.
Cap-tied to Austria, Alaba explored the possibility of playing for the Golden Eaglets before he became a household name across Europe.
The 28-year-old has earned 80 caps for Austria's senior team, scoring 14 goals. He started all of Austria's three matches at the 2016 Euros. He will play with the number 8 in this edition.
Karim Onisiwo (Mainz/Austria) : Relatively unknown in these parts, the Mainz striker was born in the Austrian capital Vienna and was previously eligible to represent Nigeria through his father.
A late bloomer on the international stage, nine of his eleven caps were earned in the last two years. He will wear the number 20 for the Austrians.
Manuel Obafemi Akanji (Borussia Dortmund/Switzerland) : Had qualified to represent Nigeria through his father. He owes his middle name, Obafemi to former Nigeria international Obafemi Martins.
The Switzerland number 5, who has visited Nigeria several times, is proud of his Nigerian heritage.
Akanji said back in 2018 : "I am a dual citizen. I am proud to be Nigerian and proud to be Swiss. I wore the Swiss shirt for almost a month. As soon as I have the Nigeria dress on, it comes in the newspapers".
Ifeanyi Emmanuel
Photo Credit : twitter.com/BukayoSaka87
Copyright ANS