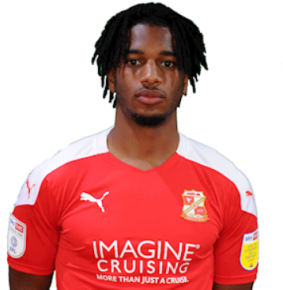 Former Reading U18 captain Akin Odimayo is wanted by League One teams Sheffield Wednesday and Doncaster Rovers this summer, according to Football League World.
The Nigerian center back could walk away from Swindon Town as a free agent with his deal expiring on June 30, 2021.
The Robins are desperate to tie Odimayo down to a long-term deal but it won't be the easiest of task due to the clubs interested in his signature.
Sheffield Wednesday boss Darren Moore is looking to add Odimayo to his roster as he aims to secure an immediate return to the Championship next season.
The Owls are in the market for a center back with former Nigeria U23 invitee Osaze Urhoghide set to depart the club this month having turned down a contract extension.
Odimayo impressed in his maiden season at Swindon Town, making 33 appearances in all competitions and contributing two assists from his defensive position.
He played on the same Reading U23 team as Michael Olise before ending his association with the Royals.
Ifeanyi Emmanuel
Photo Credit : swindontownfc.co.uk
Copyright ANS