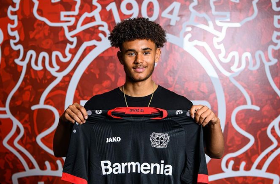 Allnigeriasoccer.com, regarded as Nigeria's number one authority on the transfer market, brings you the latest movements, deals as good as done and transfer news involving Nigerian players.

Still in the Football League, Northampton Town have added promising left-back Ali Koiki to their roster following a successful trial.

Koiki previously wore the jerseys of Crystal Palace and Burnley youth teams, before spells at Swindon Town and Bristol Rovers.

Manchester United have confirmed that versatile defender Maxi Oyedele has signed a scholarship with the club.

The Star has suggested that Sheffield Wednesday boss Darren Moore may hold on to Chelsea midfielder Tariq Uwakwe and Fulham winger Sylvester Jasper a bit longer after this weekend's friendly against Wrexham was cancelled.

The two youngsters have been training with the Owls with a view to a possible move this summer.

Kingsley Eduwo has ended a three-year association with CS Sfaxien by sealing a permanent transfer to UAE club Al-Orooba. The deal is for two seasons.