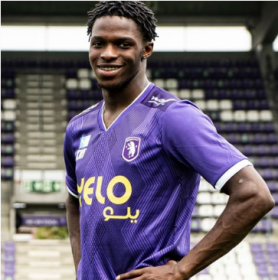 With a statement on their official website, Championship club Sheffield United have confirmed the temporary departure of exciting Nigerian wing-back Femi Seriki.
The 19-year-old will be spending the whole of the 2021-2022 campaign on loan at Belgian First Division A team K Beerschot VA, a sister club of the Blades.
Seriki was an influential member of the Sheffield United squad that reached the quarterfinals of last season's FA Youth Cup, going the distance in all their four matches in the competition.
He made his English Premier League debut for Sheffield United off the bench against Newcastle United in May 2021.
Speaking on his loan move, Seriki told Beerschot's official website : "I had some opportunities to get started in the Championship, but for me it was important to gain experience abroad.
"I started the season with the Sheffield U23 last year. In May I was allowed to make my debut in the Premier League. That was a dream come true.
"I want to show myself as much as possible here in Belgium and make playing minutes in order to grow as a footballer."
Seriki started his career at Bury youth team until he made the switch to Sheffield United in September 2019.
Igho Kingsley
Copyright ANS