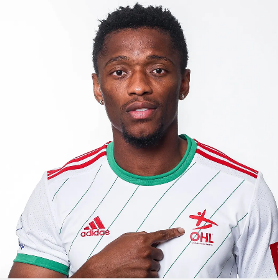 Jesse Sekidika became the second Nigerian player loaned out by Galatasaray to a Belgian club in the summer transfer window after completing his move to OH Leuven on Friday, August 27.
The winger follows in the footsteps of Super Eagles defender Valentine Ozornwafor, who is spending the remainder of the 2021-2022 campaign at RSC Charleroi.
An option to buy has been included in the deal taking Sekidika to OH Leuven and he links up with his former teammate at Turkish club Konyaspor, Levan Shengelia at OHL.
"I spoke with Levan before opting for OH Leuven. He only said good things about both the club and the city of Leuven," Sekidika said to OH Leuven's official website.
"That certainly played a part in my choice for OHL. Moreover, Levan is also a good friend of mine. I also received only positive comments about the Jupiler Pro League.
"I know some players from Club Brugge and RSC Anderlecht personally."
Since joining Galatasaray in January 2020, Sekidika has recorded nineteen appearances for the Istanbul giants, scoring one goal.
The 25-year-old previously wore the jerseys of AD Oeiras, Benfica, Napredak Kruševac and Eskişehirspor.
Igho Kingsley
Photo Credit : ohleuven.com