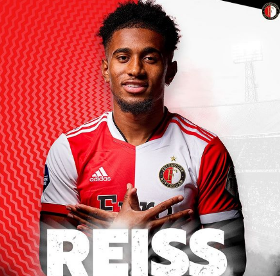 Through their official website, Arsenal confirmed the outgoing transfers of four players on deadline day.
The headline player leaving the Emirates Stadium on a temporary basis is Spain international Hector Bellerin who has joined La Liga side Real Betis on loan for the 2021-22 season.
The right-back is credited with 239 appearances for the first team of the Gunners, scoring nine goals and providing 29 assists.
Attacking midfielder or winger Reiss Nelson has joined Dutch Eredivisie side Feyenoord on loan for the remainder of the season.
The England youth international has racked up 48 appearances for the first team since making his debut at the age of seventeen.
Goalkeeper Alex Runarsson has completed a loan move to Belgian Pro League side OH Leuven for the rest of the season.
Since moving to the Gunners from Dijon last September, the Iceland international has played six games, keeping three clean sheets while conceding seven goals.
Young central defender Jonathan Dinzeyi has joined League Two side Carlisle United on loan until the end of the 2021-2022 campaign.
The 21-year-old recorded 18 appearances in all competitions for Arsenal's development squad last term, after joining from north London rivals Tottenham Hotspur.
Igho Kingsley
Photo Credit : feyenoord.com