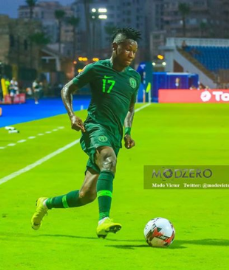 Bordeaux manager Vladimir Petkovic has confirmed that he will not be able to count on the services of two internationals for the upcoming meeting with Lens which corresponds to the fifth round of matches in Ligue 1.
Samuel Kalu and Gideon Mensah were on international duty with the Super Eagles and Black Stars respectively in the latest FIFA window, so must observe a period of quarantine following their return to France from Africa.
The former Gent star has to quarantine for seven days after his trip to Lagos, the city where the Super Eagles were based before flying to Cape Verde on Monday.
Providing a squad update at Friday's press conference, Petkovic was quoted as saying by Girondins4Ever : "Obviously, we have two players who came back from Africa and who therefore cannot play (Mensah and Kalu).
"These are things that shouldn't happen, but they should also be decided at levels higher than us.
"Now we just have to focus on what we can do with the players available, in order to do the best we can.
"But yesterday, we already had good news, that of training with almost the entire workforce".
Kalu's international teammate Josh Maja has been ruled out of Sunday's game at Stade Matmut-Atlantique due to a back issue.
Ifeanyi Emmanuel
Copyright ANS