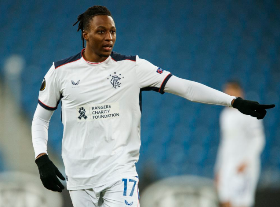 In its latest weekly post, CIES Football Observatory has ranked clubs in 31 top divisions from UEFA member associations according to the percentage of domestic league minutes played by expatriates.
No other club in the United Kingdom can boast of foreign players spending more time on the pitch than Glasgow Rangers after the first seven games of the 2021-2022 Scottish Premiership campaign.
For this study, an expatriate player refers to footballers who grew up in a different association from that of the employer club.
The highest value overall for British clubs was recorded by Glasgow Rangers (88.1 percent), followed by Chelsea (86.8 percent) and Wolverhampton Wanderers (81.8 percent).
This season, manager of the Light Blues, Steven Gerrard has given minutes to three recent Super Eagles invitees in the shape of Calvin Bassey, Joe Aribo and Leon Balogun and the trio are not association trained players.
While Aribo appeared in all the matches played by Rangers in the period under review, Balogun suited up in five games and Bassey was on the pitch on four occasions.
A fourth Nigerian player in Nnamdi Ofoborh was signed as a first teamer for Rangers but hasn't played at all so far this season, for reasons everyone is aware of.
Ifeanyi Emmanuel
Photo Credit : rangers.co.uk
Copyright ANS