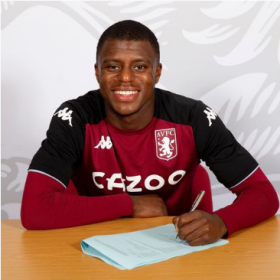 With a statement on their official website, English Premier League club Aston Villa have announced the signing of teenage winger Declan Frith who last wore the colours of Chelsea.
The 19-year-old has been offered a contract by Aston Villa after impressing on trial in recent weeks.
He netted a hat-trick for the Young Lions in a 6-2 rout of Coventry Sphinx in the Birmingham Senior Cup first round last month.
Commenting on the capture of Frith, Academy manager Mark Harrison said: "Declan left Chelsea at the end of August and has been on trial with us for a couple of weeks, playing in games against West Bromwich Albion, Coventry Sphinx, Stoke City and Wolves.

"Having performed well he has signed a professional contract. He is a wide attacking player who can play both sides.