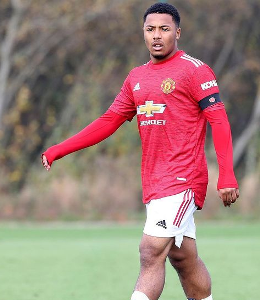 Allnigeriasoccer.com's round-up of how Nigeria-eligible players fared in Papa John's Trophy matches played on Wednesday, October 13.
At the Stadium of Light, Sunderland defeated Manchester United 2-1 thanks to Wearne's game-winning goal in the 66th minute.
Dutch-Nigerian teenager Dillon Hoogewerf made his second start in the competition, lasting 81 minutes on the pitch before making way for Omari Forson.
Teammate Shola Shoretire missed the trip to Sunderland due to commitments with England youth team.
After a goalless first half, the deadlock was broken four minutes into the second half as Tyrese Dyce fired in the rebound after Will Harris' effort was palmed by United's goalkeeper.
On 57 minutes, Zidane Iqbal cut inside and fired a brilliant strike into the top corner to make it 1-1.
At the Memorial Stadium in Gloucestershire, Chelsea came back from a goal down to defeat League Two opponents Bristol Rovers 2-1, with Nigerian duo Richard Olise and 2019 Golden Eaglets invitee Prince Adegoke non-playing substitutes for the Blues.
It was their first squad involvement for Chelsea's development squad since joining the Stamford Bridge outfit.
Bryan Fiabema is on international duty with Norway so wasn't available for selection.
An own goal from  Lovelock cancelled out Luke Thomas' opener, before Lewis Baker bagged what proved to be the winning goal in the 48th minute.
Ifeanyi Emmanuel
Photo Credit : manutd.com
Copyright ANS